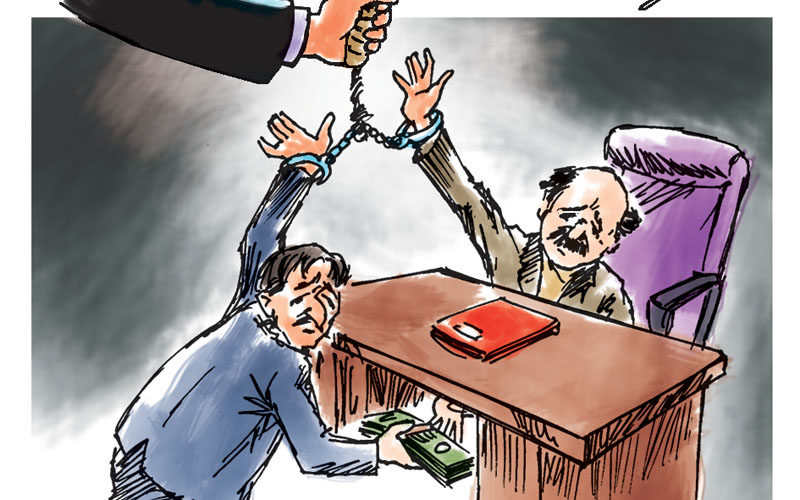 Role of RTI in reducing corruption

RTI stands for the right to information act where every citizen of India is well informed about government decisions. It also enables them to know the reason behind such decisions. In a democratic country like India, every citizen should be well informed with the right information and access to such information. The RTI is one act which has the power to check rampant corruption anywhere in the country. This can be done by filing an RTI application online.

The right to information act guarantees transparency which can be established by filing an RTI application in India. The government servants are questionable by law. They are accountable to the citizens. It empowers every Indian citizen to acquire the information that they require by submitting an income tax RTI application form. This has led to people demanding good governance from their government. It is accessible by even the poorest of the poor and anyone can file an RTI application online. It tackles corruption at its root. This act can be used to expose corruption at all levels of the government.

●Can be filed by anyone:

It is a fundamental human right for every Indian citizen to access information and to actively participate in democracy. The right to speech and expression as mentioned under article 19 (1) of the constitution of India, requires a person to have sufficient knowledge on a particular aspect before expressing and speaking out. This makes the right to information equally important and a part of article 19 of the Indian constitution. In a democracy, the people are the masters and decision makers and they choose their representatives in the government. It is important that people are actively involved in decision making and to know the reasons behind them. Every citizen has a right to know what the government is doing and how their money is being spent.

Under the right to information act, corruption is tackled in the following ways.

●Empowering Indian citizens to question that government.
●Every citizen has the right to seek information and have complete unhindered access to them. Right to take copies of government documents, reports, and portfolios in regards to the process of seeking information.
●Right to inspect government documents and records maintained.
●Right to inspect government activities, undertakings, projects and demand for an explanation.
●Every person also has the right to obtain samples of materials and other related information in regard to any task undertaken by the government.

By exercising these rights under the right to information act, corruption can be checked at its initial stage itself.

Do’s and Don’ts while Filing a Successful RTI Application

5 Ways you can use RTI to develop your locality

Disclaimer Policy: The information contained in this website is for general purpose and is applied to this website only. While accessing or using the information contained in the website you agree to the terms and conditions of this website. The website may contain some other informational links that are not controlled by us. So, for that website or company is not liable for the information provided made on the external websites. This is a private company owned website that provides consultancy / RTI Drafting / RTI Related Help Service. This is not a Government run Website and the form is not the actual registration form, it is just to collect information from our clients so that our expert can easily understand their needs. By moving forward or proceeding with this website you are aware that we are Private expertise managing this website and providing assistance based on the request for Business Benefits. We are also not claiming that we are Agency /Representative / Franchise of any Government dept. The fee collected in this website is a consultancy fee. Although the greatest possible care has been exercised to ensure the correctness and completeness of the information provided on this website, we do not accept any liability for it.